In Coquitlam, Conservation officers shot and killed a cougar that had been prowling a neighbourhood’s backyards near River Park. An hour earlier, a bear was hit and killed by a West Coast Express train between Mission and Maple Ridge. http://vancouver.24hrs.ca/2013/05/30/fatal-day-for-wild-animals-as-cougar-shot-bear-hit-by-train

It’s no secret why these animals were so close to residential areas. They were looking for food. Some people think it’s cute to feed wild animals. But what happens is these wild animals keep coming around, getting less afraid of humans and more aggressive.

This is primetime for animals to be looking for food in urban areas and homeowners have a duty to do everything they can to not attract them. Otherwise, you’ll have bears, cougars and raccoons hanging out, waiting to be fed – especially bears, which have a sense of smell that is 2,000 times more powerful than a human’s.

Here are some simple tips to deter wild animals.
Keep garbage cans and recycle bins covered.
Don’t leave food or beverages sitting outside, keep beverages covered with a lid. Wipe up spills as soon as they happen.
If you have fruit trees, keep the fruit picked and remove any that have fallen on the ground.
If you have an outdoor barbecue, make sure you burn off the residual grease as often as possible.
Empty out your bird feeder during warm months because the birds have easy access to food at this time of year.
Don’t store your pet’s food outside.
Sprinkle lime or wood stove ash on your compost to cut down on the odours.
Store jerry cans of gas or diesel inside a locked metal shed.
Scoop your pet’s poop from the yard regularly and double-bag it.
Keep your barbecue covered. 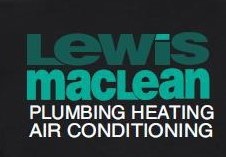 People talk. And when you talk about Lewis MacLean, we want those words to be that you were thrilled with the service you received. That’s why making each customer 100% satisfied is so important to us. Your satisfaction builds trust as part of a long-term relationship. For the last 50 years we’ve built our reputation on that trust. Trust – that’s the bottom line here at Lewis MacLean.

FIND US ON SOCIAL MEDIA 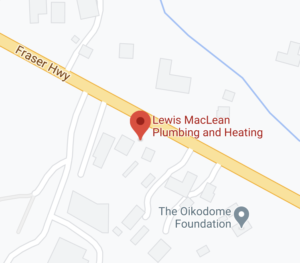